As many of you know, here in the U.K. we will be celebrating our Queens' Diamond Jubilee this weekend. Lots of street parties, fetes & fairs for everyone's enjoyment. 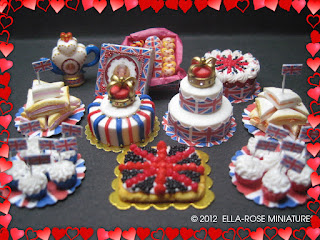 At the very beginning of 2012 I was contacted by the editor of 'Dollshouse and Miniature Scene' magazine asking if I would be interested in submitting a couple of tutorials to be published. I had never done a tutorial before, so this was new territory for me. The first tutorial was for an Easter cake & cupcakes, (however, there were a few problems with the cupcake tutorial photos and they wasn't published, sadly) which was published in the May edition of the magazine. Next was a tutorial for a Jubilee cake & cupcakes. I gave myself plenty of time to practice taking photos (I'm not very good with photography) & submitted the photos for approval with plenty of time to spare if there were any problems (which, thankfully, there wasn't).  The tutorial appears in the June edition of the magazine which is on sale now. 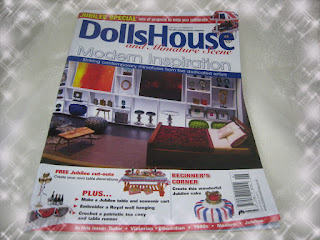 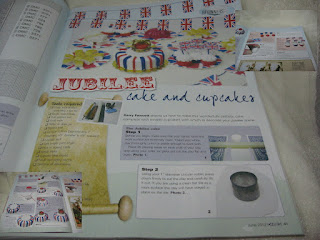