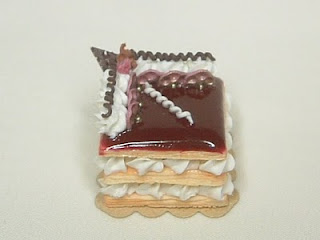 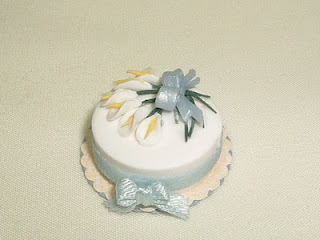 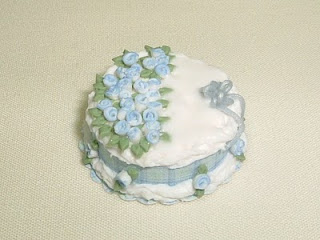 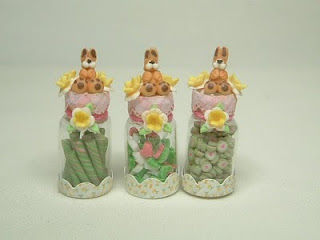 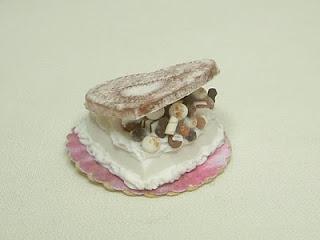 Oh Dear!!!, it seems I haven't done very well with one of my New Years Resolutions!!! As we approached the end of last year & began thinking about the new one, I told myself that I would not get 'sloppy' with my blog & try & post every week...but here we are...almost into March & this is my first post since Christmas!! Tut, Tut!! I am a bad girl. There are a few reasons as to why I haven't posted before now, but the main one is that I began the year pretty much as I ended the last one...in a fair amount of pain. At the moment I have a little problem with my spine which is making things a little bit difficult for me, I can't walk very far without the aid of a walking stick, nor can I sit for long or stand for too long either & bedtime is a nightmare!! Anyway...enough of my problems, I hope you are all well & keeping up with your New Years Resolutions (or at least doing better than me, LOL). I have managed to make a few new minis which I have been putting up for auction on eBay, & a few new minis to take to the miniature fairs that I attend this year. I have cut down on the amount of exhibiting for this year as I don't think the travelling was doing me (or my spine) any good. The last fair I exhibited at was at Kelham Hall in Newark & although it wasn't particularly profitable (the snow blizzards kept buyers away) it did turn into an interesting day. A television film crew had turned up, they were making a documentary on Dollshouse miniatures & collectors, & kindly asked if they could interview & film me later in the day!! After hesitating, I agreed. But then I spent the rest of the morning annoying my partner by constantly asking "Do I look alright?" "Does my hair look okay?" "What am I going to say?" He told me just to be myself & enjoy the moment...oh, & that I looked okay. Anyway, the film crew have taken my email address & will send me more information on the documentary when they find out more. The documentary is called 'Little Victorian Secrets'.
Posted by Kerry at 10:18 2 comments: