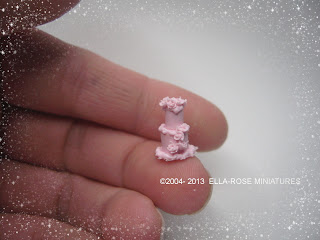 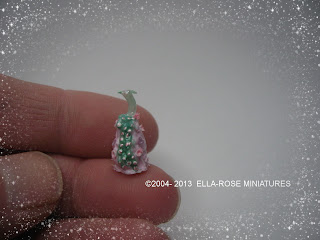 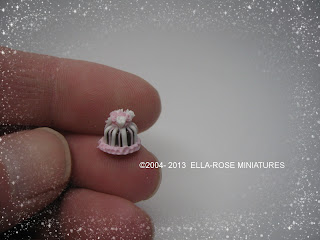 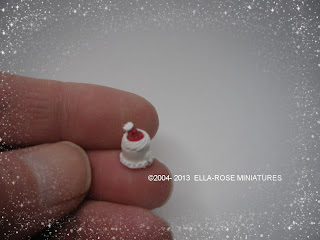 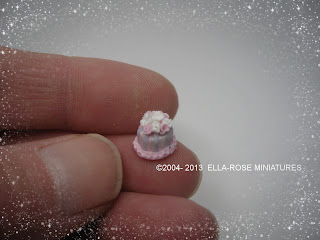 Making a Scene...and an apology

It has been so long since I blogged that I had almost forgotten how to, especially as everytime you sign in blogger has added something else new!
Anyway, there are certain scenes in my favourite films that I have wanted to re-create since I first began mini-making many years ago.  (David's werewolf transformation = American Werewolf In London,﻿  Disguised Potts family in toy shop= Chitty Chitty Bang Bang,  Scott Calvin arriving at the North Pole for the first time = The Santa Clause,   Munchkinland = The Wizard Of Oz, to name a few).
Top of my list was this... 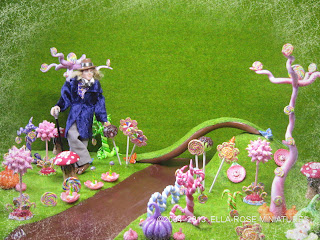 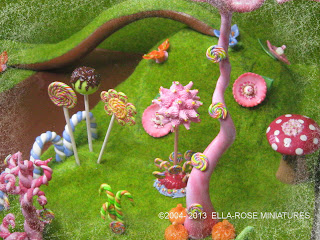 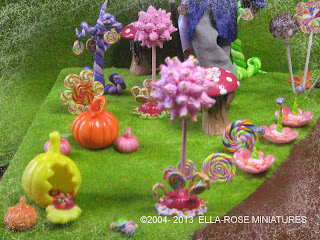 Willy Wonka & The Chocolate Factory. Originally,﻿ I was going to re-create it as the Gene Wilder version, but after watching the more recent version with Johnny Depp I wanted to incorporate the colourfulness of the new one, so I decided to combine the two, Johnny Depp's chocolate factory with Gene Wilder's Willy Wonka.  This 1/12th scale scene will be coming with me when I exhibit at York Fair in June.

An apology. Regular visitors & readers of my blog will notice that the last time I posted I mentioned having a festive giveaway nearer Christmas, but sadly I was unable to, I'm sorry.  I do hope to have a few giveaways coming up soon, so do keep popping by.
Hugs, Kerry.x.
Posted by Kerry at 15:26 5 comments: